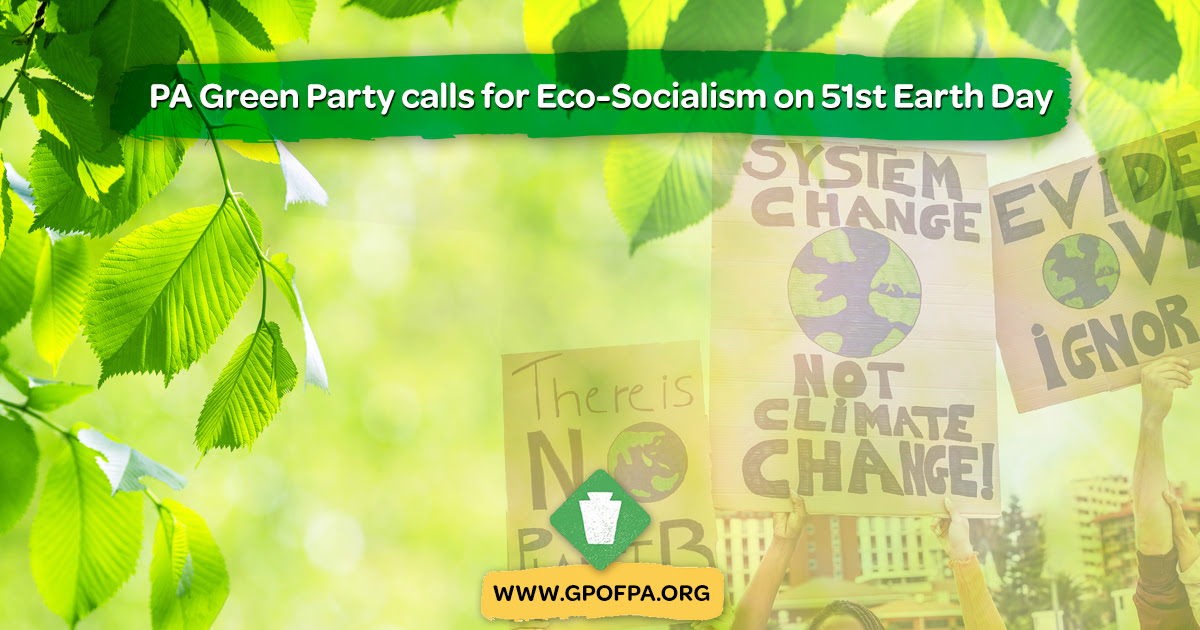 Beginning in 1970, the early years of Earth Day were political. Participants made spider webs from yarn to revere the world’s interconnectedness. After a few years, Earth Day became less about politics and more about activities such as cleaning up litter. We also stopped thinking like an ecosystem.

Not thinking like an ecosystem entails linear, reductionist, mechanistic thinking. Reductionist-style thinking can be applied to any domain, though is limited in providing thorough explanations. The Newtonian paradigm of science is reductionist. Newton’s first law of motion states a body’s motion will not change unless impinged upon by an outside force. In mainstream economics, similarly, economic crises are seen as anomalies.

What is similar in both cases is the reductionist treatment of stasis (both a body's motion staying the same unless impinged upon and economic equilibrium) as normal and desired. Both treat out-of-equilibrium states as anomalies and calamities. While for reductionism, change is an anomaly in a static world, for non-reductionism or ecological thinking, stability is a special and transitory case in a contingent and constantly evolving world. Non-reductionism might treat things like economic crises as cyclically occurring events systematically inherent to the economy. Reductionist thinking, antithetical to how an ecosystem works, can be applied to all domains, not just science.

Newtonian physics, time is a mere coordinate used for measurement. Times can be named "Time 1" and "Time 2" without any reference to phenomena occurring within those times. The divorce of temporality from phenomena in Newtonian physics mirrors capitalist production, wherein, for example, factory workers (1) tend to be divorced from their goods and services they produce and (2) get paid by the time they spend laboring. Thus, in capitalism, workers sell their time, regardless of and indifferent to what occurs during that time. Reductionism here plagues not just methods of doing science but economic methods of production.

Non-reductionist thinking, or thinking like an ecosystem, affirms eco-socialism, which the Green Party (www.gp.org) names as its ideology. Eco-socialism, unlike capitalism, exhibits the characteristics of an organic ecosystem such as sustainability, localism, decentralization, diversity, self-organization, and more. Eco-socialism has the ability to welcome diversity and freely adapt to local conditions as to, for example, permit a plurality of methods of exchange. Thus, a robust gift economy can exist, and corrective local markets can emerge anytime there is a failure in the gift economy.

Eco-socialism embraces, per acting like a well-functioning ecosystem, simple rules that, from local interactions of self-organized and heterogeneous actors, yield self-sustainability in macro. Thus, may Earth Day henceforward be ecological and political, as recommended by Greens, eco-socialists, and ecological thinkers.