by Hillary Kane
29sc
on 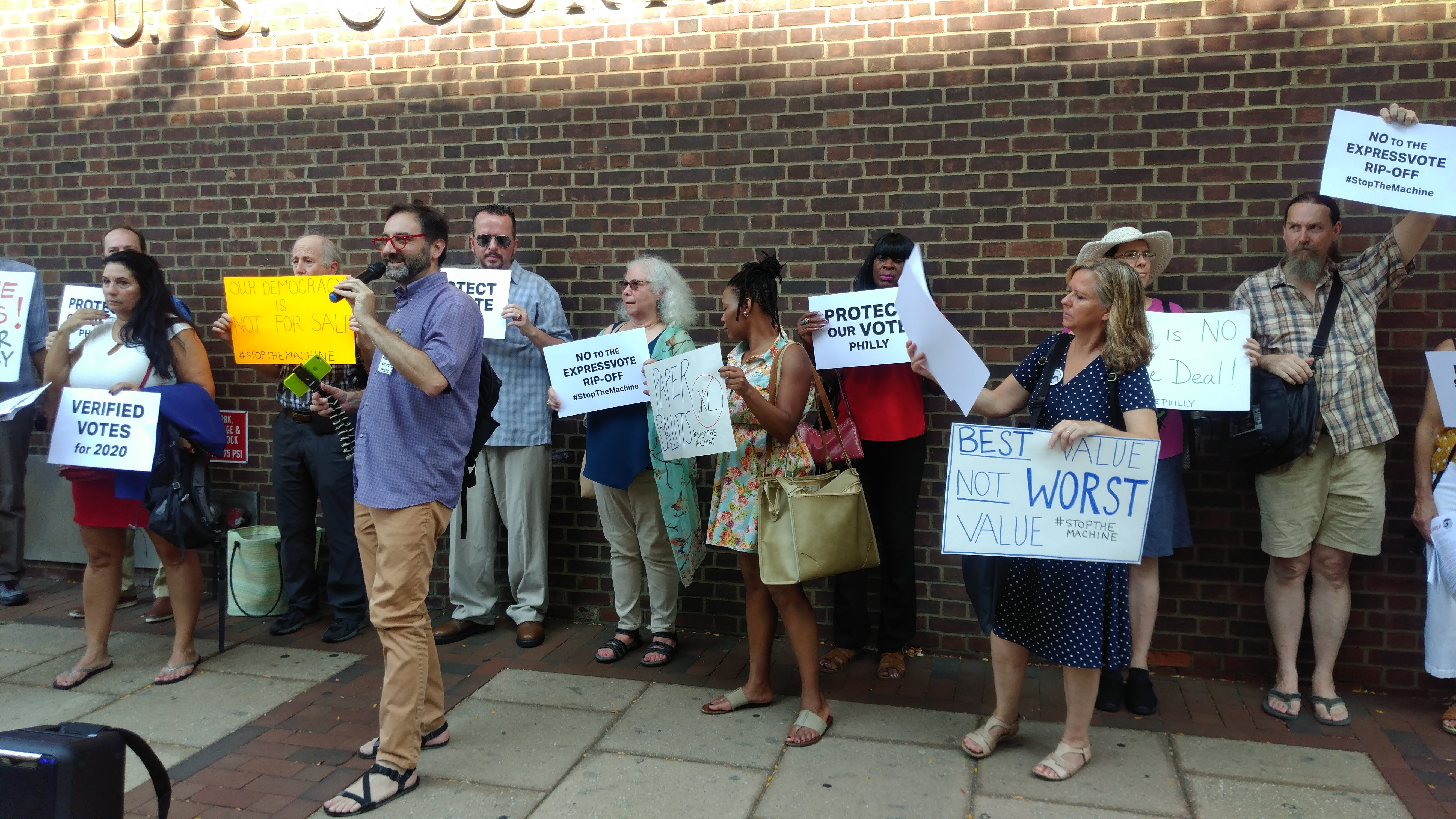 The Minor Party seat will soon be open on the Philadelphia City Commissioners, offering a good opportunity to remember that there are more than two political parties in Philadelphia.  The Green Party of Philadelphia was founded in 2001, founded, like all Green Parties, on our “four pillars” of grassroots democracy, nonviolence, ecology and social justice.

The Green Party of Philadelphia offers up to Mayor Kenney the perfect candidate to fill the seat vacated by Republican Commissioner Al Schmidt: Richard Garella.

Rich is a long-time advocate of fair elections.  He is a member of the Election Verification Network and a co-founder of Protect Our Vote Philly, a “coalition of groups and individuals, we work to bring elections that are verifiably fair, accurate, and secure to Philadelphia, at a fair cost.”  Rich has spent countless hours observing and reporting on Philadelphia elections as an official Green Party observer and knows first-hand how to improve our system. Through POV, he has pushed for voting machines that insure the integrity of the vote, and other measures to guarantee that all Philadelphians’ votes count.  Rich’s values are Philadelphia’s values, and we urge Mayor Kenney to appoint this outstanding candidate as City Commissioner.

Aside from Rich’s personal qualifications as an individual, we also note the need for an independent watchdog in one of the most important offices in Philadelphia -- the office that handles our voting systems.  The Green Party is that independent watchdog.  We take no corporate contributions and we are equally fed up with both the Democrats and the Republicans.  Who else could be better?

Pictured: Rich Garella (with microphone) at a rally in October 2019, against unverifiable voting machines.